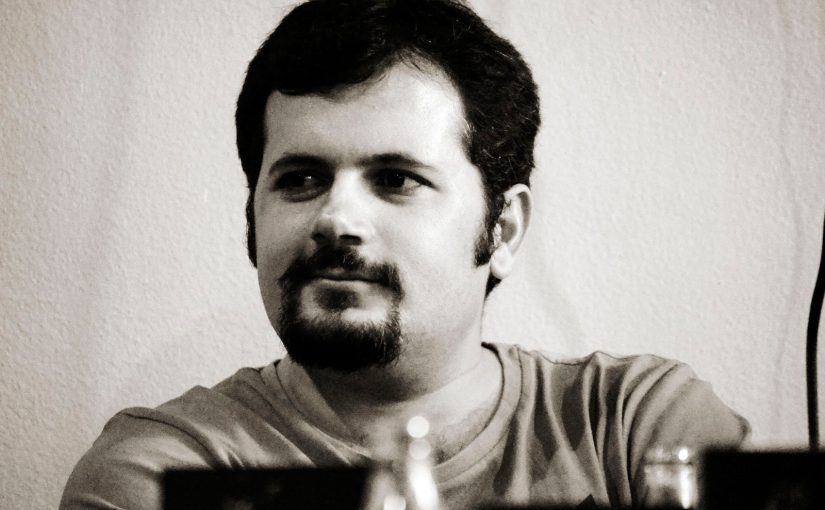 Radu Vancu (Sibiu, Romania, 1978) is a Romanian poet, scholar and translator. He works as an associate professor at the Faculty of Letters and Arts at the „Lucian Blaga” University from Sibiu and as an editor of the Poesis International magazine.

He is also the coordinating editor of the literary section of the Timpul magazine. He is the national editor of the Romanian section for the Poetry International website. Starting with 2002, he has published seven books of poems, for which he was awarded several prizes, both national and international. He has also published a children novella.

His scholarly publications include two book-length essays on Mihai Eminescu and Mircea Ivănescu, as well as a study on the anti-humanist poetics of modernity. Together with Claudiu Komartin, he is the co-editor of the anthologies Best Romanian Poems of the Year (2010, 2011, and 2012).

He has translated novels and poetry, mainly from the works of John Berryman and W.B. Yeats; he is also the translator of the on-going four-volume Ezra Pound edition published under the cure of Horia-Roman Patapievici. He is an organizer of the International Poetry Festival in Sibiu.