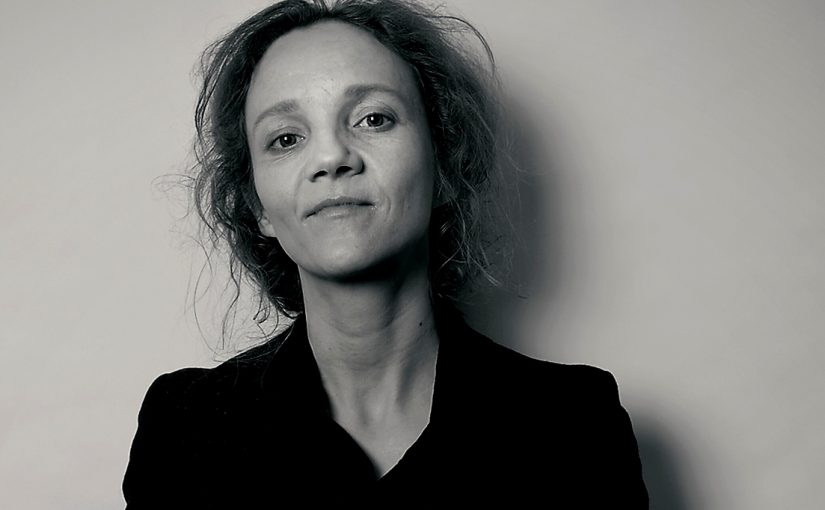 Ursula Andkjaer Olsen is a well-known Danish poet and playwright. She was born in 1970 and was from an early age interested in music. While studying musicology and philosophy at the university, she wrote reviews of classical music for one of Denmark’s largest newspapers.  However, in the middle of her twenties she turned to poetry and has since then published ten collections of poetry.

In her works, the poetical language functions in opposition to the voices of capitalism, politics and other types of societal discourse that influence our everyday lives.
Among her many publications is an app for the iPad entitled “Jeg pynter mig”. The story centers around a traditional cutout doll and the act of dressing up. The work questions whether the dressing up of one’s own body is an expression of empowerment or the result of coercion.

Writing texts for the Danish poetry machine, Ursula Andkjaer Olsen is inspired by pantoum, which is a Malaysian form of folk poem, where lines are repeated and interweaved in a specific pattern.